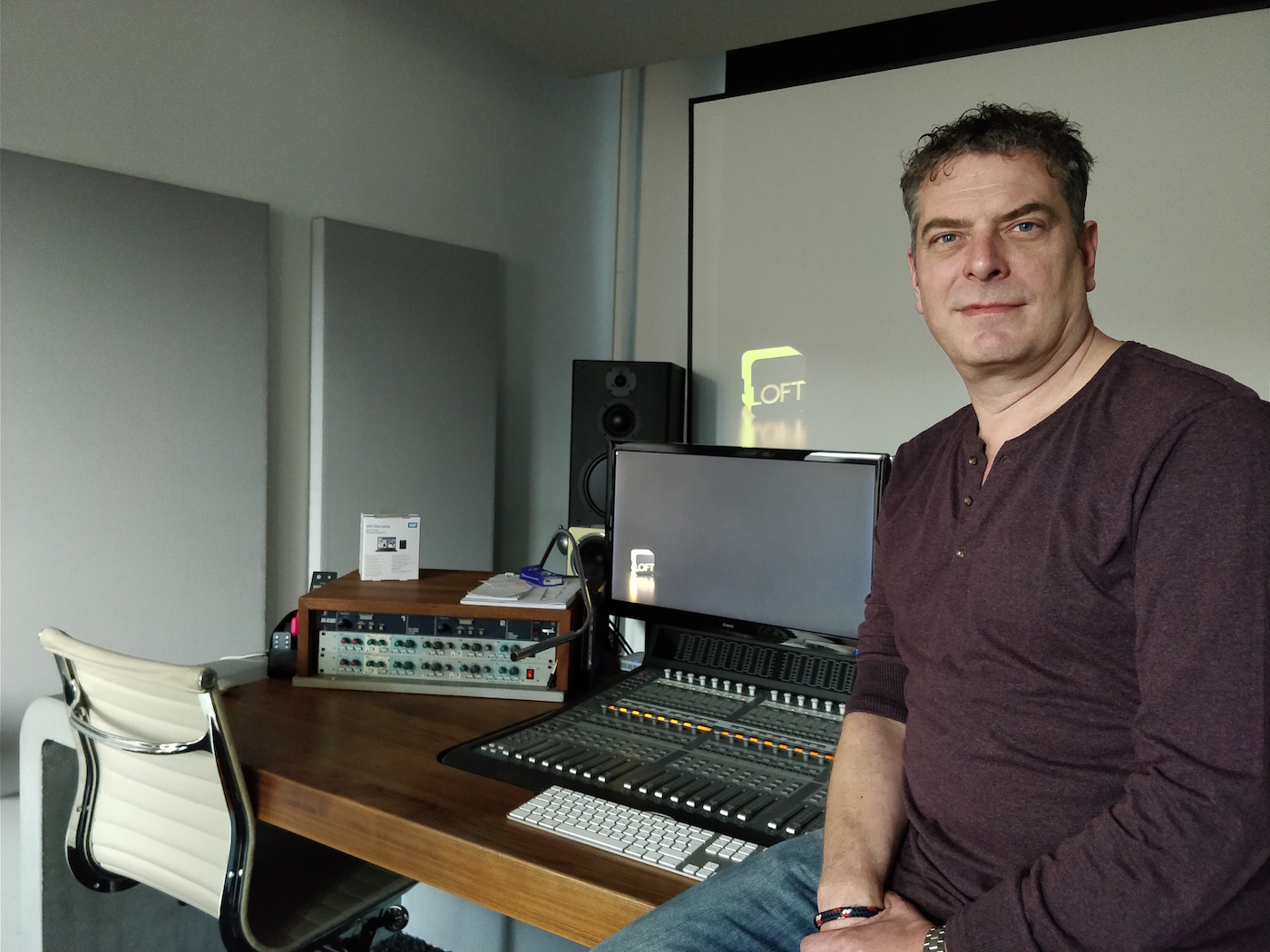 German ADR specialist Stephan Fandrych got started reversioning the Flinstones into German. Since then he and his team have become one of the go-to post houses in Germany for dialogue and ADR. We sat down and talked about how they got started and how a product called ADR Master;has given them a new freedom in their dubbing workflow.

Stephan, tell us how you got into audio. Were your parents musical or was it something you picked up yourself at school/college?

Well, my family was very musical. My mother played the piano; my brother played the Cello. My sisters played the flute and also piano. I had to play the piano myself... I didn't like it – it wasn't my instrument. I had to play the flute, didn't like it... So I finally got into drums when I was thirteen, and that completely changed my life. I practised as much as possible and tried to become a famous rock drummer and played in a lot of unsuccessful rock bands.

Finally I decided that music wasn't my way of earning money and I got into sound engineering. I started the first course at SAE in Munich in 1986. After that I went to Sidney, Australia, to attend the master's course (Tonmeister course) at SAE and worked for a studio maintenance company from a German guy called Peter Strohkorb. I was aligning tape machines, repairing mixing desks, soldered patch bays and stuff like that.

When I got back to Germany in 1991, I started to work for a dubbing company that was dubbing cartoon movies into German. My first job was the German version of “The Flintstones“. I stayed in the dubbing industry quite some time until I got into “Bavaria Film“ who made a lot of German production movies like cinema, feature films and TV movies. And I did a lot of ADR for German movies which was much more my thing than working in the dubbing industry where you dub English films into German. The nice thing about ADR is that you work on the becoming of a film. You can contribute to the film itself. You work with directors who produced the film and with actors who played in that movie, and that was my sort of thing. That's how I started out with the movie industry. Later on, I worked as a mixing engineer for TV series and movies, and I worked as a sound-postproduction supervisor for German films until I got to meet David Arnold and joined LOFT STUDIOS in Burgstr.27 in Berlin. We do a lot of commercials and ADR productions as well as mixing TV movies.

How did you get from the early years to now being a part of a professional post house?

I think the main thing about doing ADR is that you really have to love it. Lots of people don't want to do ADR because they want to be sound designers, re-recording mixers and want to be sort of on the top stage of sound. I just love working with people. Pro Tools and the mixing desk and this sort of stuff is just an instrument for what I want to do. I want to work with people and see how they react, how you can help them perform, how you can get them to maximum performance, support them in getting back into their playing mood. That's fascinating to me – to work with people more than technical things. And if you're really passionate about something I think you get better every day and succeed automatically.

What tools do you use on a daily basis for your work?

Microphones? (laughs)
I use Pro Tools of course. I don't use much of the internal plugins – maybe a de-clicker or de- crackler. I don't use compressors. I use a Neve hardware preamp and EQ for recording. On the video side, we use ADR Master, which is great with all its streamer possibilities and the dialogue on screen. It's very intuitive to work with and very easy to handle. It responds very quickly. 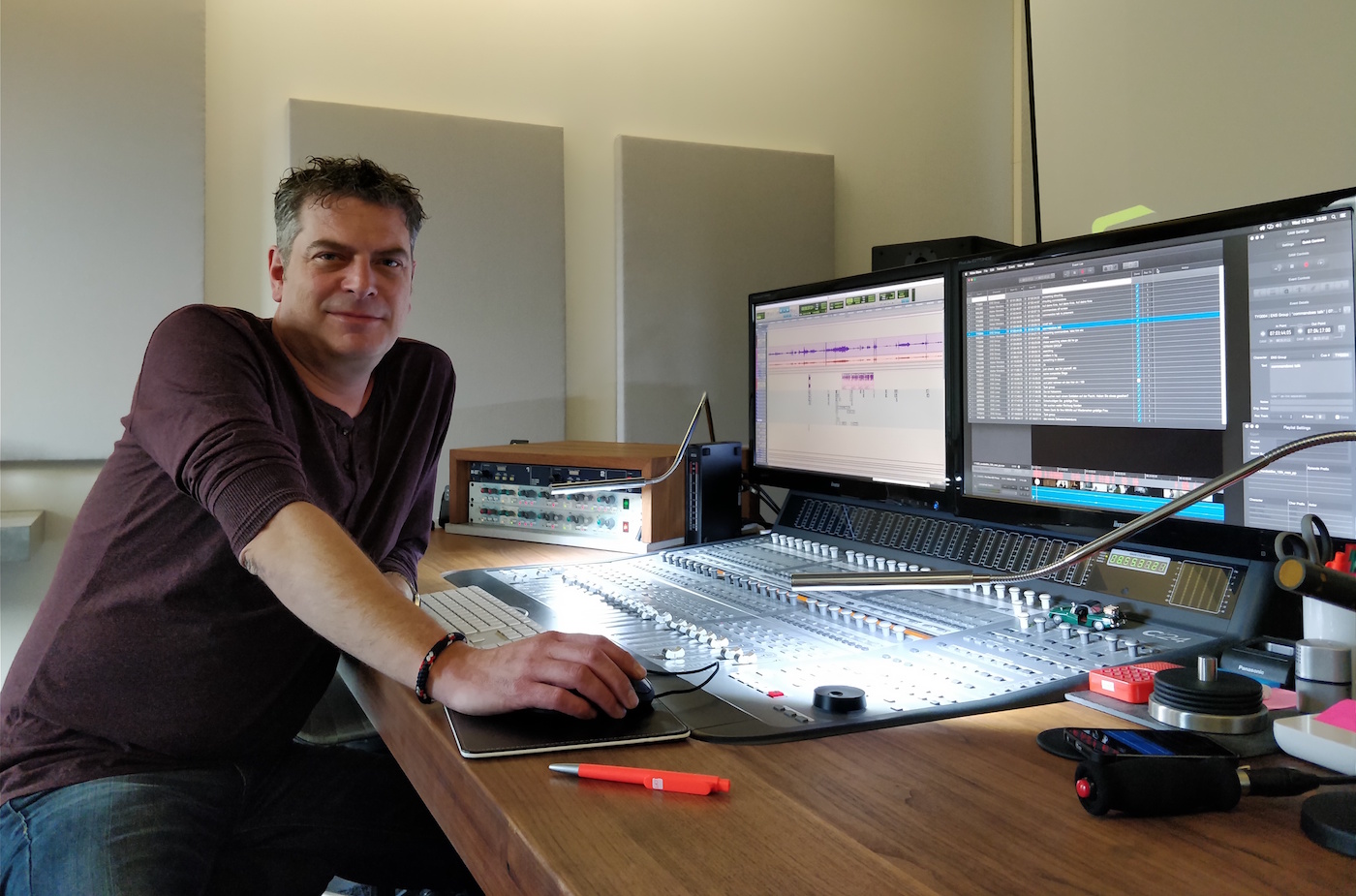 My colleague Frank Wiedmann told me about it ‘cause he discovered it on a blog I think. We looked at the website. I had seen so many cueing/dubbing systems coming up and vanishing again, so I was very sceptical because I used Virtual VTR and ADR Studio from Gallery for about 12 years and I was more or less really happy with it for most of the functions. After some time of using it, I found it was pretty reliable. In the beginning we had a lot of trouble with VVTR and ADR Studio with crashes and the picture stopping in the middle of the cue and stuff like that... so I was sceptical about brand new software. When we looked at the ADR Master website, and I thought "Wow this looks great. This is a completely new design and a new way to go about it“, and I said, "Let's try“. I heard that the guy who created it – Flo Loferer – is from Rosenheim which is close to my hometown in Bavaria and he worked for ARRI and I actually must have met him somewhere down the line, and I was very curious so we tried it for a couple of weeks and we were delighted. It worked quickly: It didn't take a long time to set it up, to figure out how it works and what features it has.

What attracted you to ADR Master?

Well, I think the best thing about ADR Master is the way it can show all the lines on screen – you can edit the lines while you are recording and put it on the screen for the actor. You can throw almost any kind of picture format into it, and it wouldn't complain, it would just play it. It's very suitable for organizing your sessions for example if you want to print out several actor cue sheets. It's very nice and quick to cue up things, and a feature I love is the batch recording feature where you can put ten cues in a row, and it creates streamers for each cue. This option puts the text in the picture right in time, and it's running really fast – very responsive and really reliable – that's what I like about it. The look of the program is great as well.

What difference has ADR Master made to your work?

A significant difference, for example, is that the text in the picture makes it really easy and quick for the actor to work. You don't have to look at the printed sheets – you can almost forget about paperwork. I think the fast workflow is changing my reaction time for example when you suddenly decide to rehearse the cue or instantly want to record something on the fly – when you press a shortcut, ADR Master just starts right away. It has very nice features. You can set up how ADR Master shows the cues in the picture or show you which cue refers to which actor. You can set the different kinds of streamers you can put in and the way the ADR Master cue-list is saving how many cues you recorded, how many takes you did on each cue, how many cues you've got left, and it's clearly arranged.

Summing that up in a question: Did ADR Master accelerate your workflow in general?

It makes everything quicker because it responds so fast. When we worked with ADR Studio, we often changed the way of recording in what we call 'play and repeat.' We would play the cue (production sound) once or twice and let Pro Tools roll and the actor repeat a few times which we still do sometimes because actors love that kind of recording. They don’t have to be sync to picture and just repeat what they played/said in the movie. Since ADR Master is so quick you almost can do the same thing with a cue onto the picture. It’s so fast. If you set pre-roll to three seconds, it's like almost „play and repeat“.. If you have an actor who is focused and quick you can work very efficiently with it.

What one feature is your favourite?

My favourite feature is batch recording - you can play a whole scene, and you get streamers and text for every cue you have to record. You have the lines in the picture, and you can change the dialogue while you are recording – you press enter on the keyboard, and it's on screen. Let's say you're recording a loop group and you have a two-minute loop group cue and your actors just ran out of dialogue. You just type in "scream!“ and people scream or you put in "faster faster!" Press enter, and they will shout "faster faster“ (laughing) ... I love that kind of thing.

Have you tried the new “Send ADR Cues to Pro Tools” feature yet?

Yes, I have! Great feature. We have a lot of cases, where we need to re-cue our spotting lists due to a new picture version. Just send the cues to Pro Tools, re-edit your session or re-conform it and export the cues back as „txt“ into ADR Master. Saves you a lot of time in the end especially in the „high pressure phase“ of a production. I also like this feature, because you can „visualise“ your cue in the Pro Tools - session, so you have an optical overview, what has to be done.

What would you say to someone who is considering ADR Master?

Try it out, and you will see how fast the system runs. You don't need a second computer as a video playback machine (what we used with VVTR). You just install it, then make a few adjustments to Pro Tools, and it runs. It's straightforward to use, and it has a lot of features that you will love after a while.