Not only has Ryan Carline spent over a decade working with one of the UK's biggest bands, Take That. He's also the right-hand man, engineer and all-around fixer for frontman and writer of countless hits, Gary Barlow. This means when problems arise, it's often Ryan who has to find a solution. So, when given the task of finding a rock-solid video solution to use with Pro Tools, he chose Non-Lethal Application's Video Sync as his weapon of choice.

We sat down with him, or should we say we Zoomed him. A busy man, so the only chance to pin him down to talk was over Zoom as he was sat parked in his car in London, mid-journey picking up a controller keyboard, we sat in the office.

Ryan, tell us a little about your work with Gary Barlow

So, day-to-day, I'm working with Gary on everything that he's involved with. Right now, we're working on a new solo project for him. We've also got a new musical in the pipeline and a film. Gary keeps me very busy, we've also just done a TV show, it was a pilot we shot for the BBC. I've just finished mixing that.

I started with Gary back in 2001. He had a production company, and I started as a tea boy of that studio. When Take That got back together, I moved to London, and I've been here since. The first Take That album I worked on was called The Circus. I was doing bits of everything on the album. I was involved from the moment the songs were written, playing keyboards on them, recording, and editing.

How does video play a part in the work?

After every album comes the tour and Take that always put on such a fantastic show, so they like to release a DVD for the fans. We like to bring the shoot back to our studio to have complete control over the mix and spend some time on it. In the studio, we do overdubs if necessary, and obviously, we need to be able to work to picture. So we have a projector set up in the studio as we work on the tracks. Then we mix it and deliver the final things to the production company.

What were the challenges for you when you were just doing that work with Pro Tools alone?

Because it's a music video, and we're doing additional production, we're doing that post-production as well as mixing. The workflow means we have to constantly stop, start, or locate at different points and be able to keep in sync.

The problem was the Avid Video Engine would just keep falling over. We were constantly getting error messages from Pro Tools. And then, the video engine would need restarting, and it was infuriating. What highlighted it was when I would go to other dubbing suites, they would always have a separate video system. They would use a video slave interface, but their solutions were costly.

Then I stumbled across your software. I tried the demo, and it was amazing; it really transformed things. The way I could work without having constant problems with the video engine failing. It was at this point I was sold and never looked back.

I thought it would be complex and a bit of a pain to set up. I'll be honest, it still would have been worth it, but I was surprised how easy it was. It was just as simple as install it on the same computer that Pro Tools is running on. Then just follow a few steps to get it set up. There's a YouTube video that makes it really clear as well. So I was up and running within about three minutes. That's brilliant!

How has that changed your workflow since you've had it?

What I do now is I'll request video from the video team as soon as possible, even if it's just roughs. Then what I do is I'll then take those video files, which have the audio from the live recording embedded on them. I will just line them up. Make a note of the time codes and put them all into Video Sync, and that just runs happily in the background. 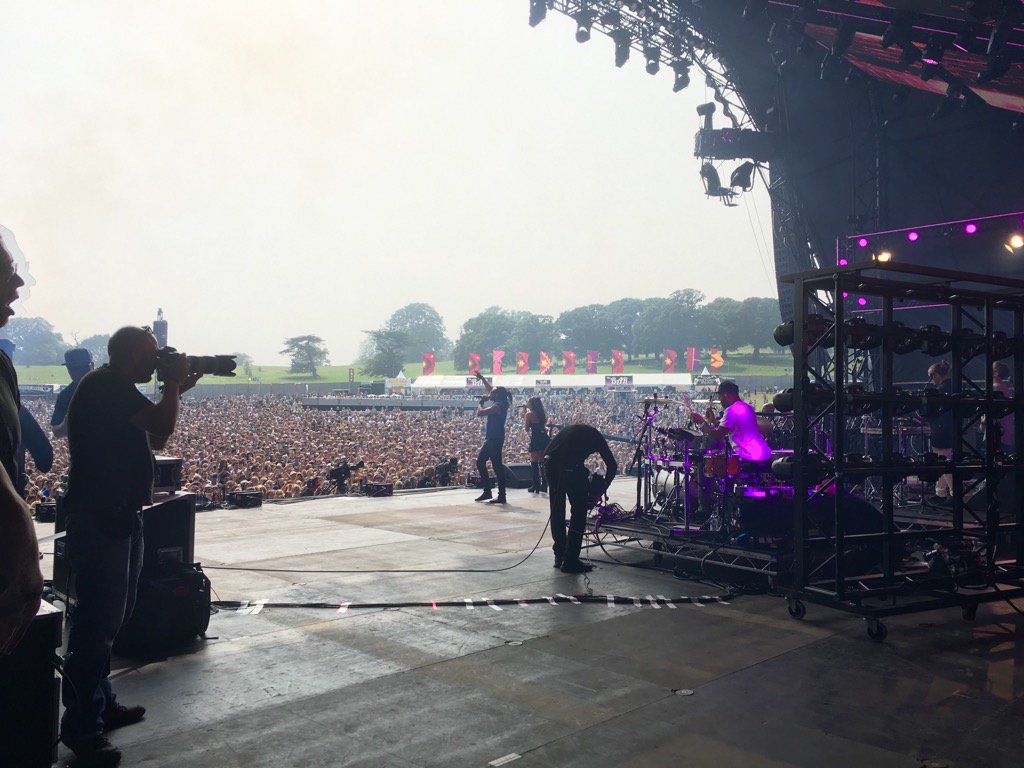 Will you sometimes have several takes within Video Sync that you can reference?

Yes. The video company will update me along the process. I'll get a rough cut to begin with, or what's known as the 'line cut' and then as soon as they have any updates for me, I'll make a new project in Video Sync and rename it. So if I need to go back and cross-reference (because shots are constantly changing on these things), I create a new project. So my initial one might be called the 'Line Cut or 'Record Day', and then a few days later, I might get version two. I can just keep these all in a separate folder. The other thing is I've started running Video Sync on two laptops, actually. I use one as a video slave machine because you can run it over a network as well. The advantage with that is I can connect it to my system at home and have my MacBook running it.

There is the option to run Video Sync on a separate machine. There's a reason why I'm doing that for this particular project, and that's because the MacBook Pro doesn't have as much GPU horsepower. So what I've started doing is running Video Sync on a MacBook Air, which means that I can use every ounce of power on the MacBook Pro just for running Pro Tools.

It's just as simple as running it over the wifi. It's magic!

How do you find it running over WiFi?

You can compensate for any delay really easily, so there are no sync issues because of latency. The other advantage of that is I can just connect my MacBook Air to the studio Mac Pro when I'm at the studio. It allows me to make any tweaks to the mixes at home; I've got a separate screen for the video at home as well.

So you're basically walking around with a cut of the video on that MacBook Air that you can just move from studio to studio and then make changes?

Yes, that's it. So even if the machine at the studio I'm working doesn't have Video Sync installed, as long as I've got my MacBook Air in my backpack, I can just connect it to the same wifi network, and the video is ready to go.

It seems to have transformed your workflow?

I can't work without it now because I find as soon as I try to use the Pro Tools built-in video engine, I have nothing but problems. Whereas with Video Sync, you can even scrub audio, and it still maintains sync. For example, if you're trying to add a sound effect that doesn't line up, you can scrub through the timeline and see the instant update on the video engine; it's just so fluid.

Finally. What would you say to people who are considering trying Video Sync?

I'd say it's so easy. I'd say just install the demo. It's also worth bearing in mind that if you just work on video now and again and you just need Video Sync for a few weeks, you can also just rent it for the time you need it; that's great.

So can we take it back off you?

No, you can't. It's essential now… so take it back over my dead body.