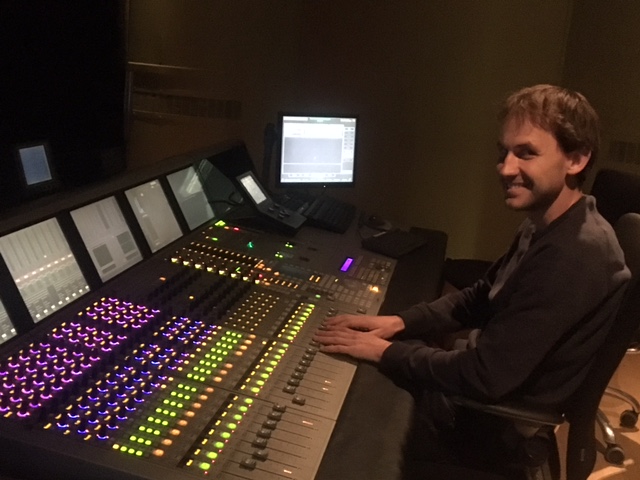 Jérémy Rodeschini is one of those fascinating people you meet, who you think ‘how on earth have you ended up where you are today?’ Half-Swiss, half-Italian, the talented sound editor and mixer cut his teeth in Switzerland before working at Technicolor in Asia, where he built an impressive technical and creative portfolio including dialogue editing, SFX, track laying, ADR, music recording, re-recording, and mixing. His specialism now is feature film work, earning a name on movies such as Rocket; and he has recently landed the plum role of Senior Supervising Engineer at the UK’s National Film and Television School. He talks to us about keeping everything in sync, always having a back-up option, and why Video Slave is a “no-brainer”.

So how does a Swiss-Italian guy find himself working at the National Film and Television School, via Asia? “It’s a long story!” says Rodeschini. “My first passion was music. I grew up in a family of musicians; I played trombone and drums (not at the same time!) - we used to live in a flat where drums were out of the question, then once we moved to a house I could make a bit more noise!” But in the end it was science rather than snares that captured the young Rodeschini’s imagination. “I studied sound design in Switzerland, but Switzerland is a very small market, so if you’re working in something like sound engineering you have to be eclectic to survive, trying a bit of music, post-production, live sound… then when you find something you really like and want to push it further, you have to leave the country to find an industry intense enough.” Which is when Rodeschini left Switzerland for Technicolor, where he gained huge amounts of experience as sound editor and recording mixer for three years. Following Technicolor, he has provided expert technical support for Avid Technology, fought it out freelance as a sound editor in his own right, and ended up at the National Film and Television School in 2015.

Looking after the past, the present and the future

At the NFTS, Rodeschini’s job title is Senior Supervising Engineer – “which sounds very grand but is quite generic… I look after all the sound engineering for the sound design and composing courses. We have three dubbing theatres and 16 sound design suites, 16 music composing suites and a scoring stage; I look after the maintenance of the equipment, installing new kits, and I also look at the future – keeping an eye on new workflows, considering whether we want to implement them or want to modify them to work a bit differently. Basically, I look after the past, the present and the future!”

Students come from all sorts of backgrounds in terms of the technology and software they’re familiar with, but Rodeschini doesn’t find that much of a challenge as the teaching at NFTS is focused on creative skills and the art produced than on technology itself. “The school is very much art-orientated, so although I’m a big believer that you need to master the technique to make art, we do not really teach any technique. The way we approach tools are just that: they’re not part of the curriculum, they’re tools to enable the teaching. The curriculum is a creative one: we don’t teach them to do a timeline edit in Pro Tools, it’s much more about using Pro Tools to mix the sound and become a great mixer. Obviously, some students come with backgrounds in certain software and find out they need to learn other software, so we do workshops and extra-curricular courses about specific technologies, but not officially as part of the curriculum.”

Keeping everything in sync

Over the years wrestling with a variety of gear, Rodeschini has found his biggest frustration being video playback that isn’t quite in sync. “At Technicolor, we would typically be using virtual VTR, just playing back video and synchronising with Pro Tools, and it was absolutely perfect, rock solid. But any integrating video playback going into a particular software has its flaws, and we had all kinds of problems”.

He gets fired up about this: “Like all of a sudden it wouldn’t be able to read a particular codec any more while it could read it fine in the previous version, or with drifts, you would be in sync at the beginning of the playback but after 30 seconds or a minute of playback you would already have two frames of delay. Which when you are doing ADR or voice to picture, or film reviews, that’s impossible. Above a frame of delay between the sound and the picture it’s a bit like when the drummer and the bass player don’t play exactly in sync together. A disaster.” He makes a great analogy, revealing just how intense his frustration is with the issue: “I think it’s all about emotions – it’s like if you take your wife to dinner then the next day give her flowers; it doesn’t have the same impact as if you gave the flowers at the dinner! Making a film is all about many things happening together or not, to suggest a particular feeling; so as soon as it’s out of sync or out of phase the intended feeling is not the same anymore.” And this doesn’t just frustrate the engineers, it can have a serious effect on the whole film, when picked up by the rest of the creative team: “When you have all these people sitting in the dubbing theatre – the picture editor, the director, the composer, all the people who worked on the story; they will all have various feelings and comments, and they are not as sensitive as us, they cannot see the picture and sound sync issues as accurately as us, but they can feel them – so they will express themselves in ways that are very frustrating because they will say ‘that doesn’t really work’ - when as the sound designer or mixer you know it’s just a technical problem throwing everybody off.”

The beauty of the backup option

Ever the engineer, Rodeschini wanted to get to the bottom of the issue, but “it was very difficult to find what the source of the problem was; sometimes it was down to the DAWs, sometimes down to video hardware (the graphic card), sometimes down to a badly encoded file…” He is a big believer, he says, in the beauty of the back-up option. “My approach is always to have different options for each parameter; you need to be able to try a different video codec if you suspect it’s the video codec, need to be able to try a different hardware if you think it’s the hardware, and a different video player if you suspect it’s the player.”

Having back-up is essential, so as not to interrupt the creative flow with glitches, and to ensure the artists and engineers feel as secure as possible, and in the right creative frame of mind. “We always say if you record ADR or a singer, the most important thing is to make them feel secure, so they can leave that defensive psychological mode of ‘Oh I’m in a recording studio surrounded by technology’ - we need to shut that mode down so they can focus on the creation. It’s the same with a dubbing mixer or sound designer. If they see everything is in sync on the timeline but it doesn’t feel as in sync on screen then listening to it they will go into that zone where they are slightly panicking and slightly questioning everything.” 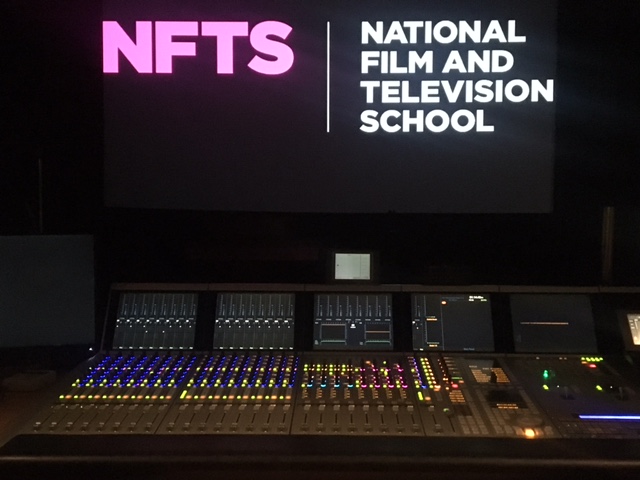 It was these frustrations and threats to the creative process that led Rodeschini to Video Slave. A low-cost option which these days, points out Rodeschini, is not a reason to distrust a technology: “Tech has changed so much right? Maybe ten years ago I’d have been sceptical about its performance but these days I think the power we have in computers is huge for our applications.”

Rodeschini has found Video Slave fantastically useful and easy to get to grips with in his work. “It’s just what you’d want from such software. As a basic user, you just want to load a picture, and make sure it receives time code ok from Pro Tools - when you hit play in Pro Tools you want the picture to follow immediately; and so far this has been my experience. The first time I tried it was a situation where I couldn’t get any picture to play from within Pro Tools so I wasn’t particularly calm! I wasn’t in the mood for reading user manuals, or anything! But I just installed the software and began messing around with it and it worked very easily and very quickly.” He admits as a basic user he hasn’t tried a lot of the other features, but to him just the certainty of having rock-solid video playback is incredibly reassuring and helpful, for himself and for the students he’s overseeing at NFTS. “I just feel like you have a good grip on all the parameters of the video card, knowing exactly what you are doing with it. It’s always important to have a back-up option like this – like if you have to get somewhere by car it’s always good to explore other ways to get there because the car might blow up!”

Summing up his thoughts, Rodeschini would advise anyone thinking of trying Video Slave that “it’s definitely not a big investment - extremely affordable - and it works at least as well as Pro Tools if not better. It has more features: it’s sort of a no-brainer. It’s not like going into an area where things cost thousands and you have to think for months to make sure you are making the right decision. Video Slave is so affordable and so easy I’d say just add it to your set so you have a much stronger toolkit with plenty of back-up - and you’ll be great!”