With Video Slave it is possible to playback using multiple video devices at the same time. This article tells you what to look out for to get the best performance for your particular use case. 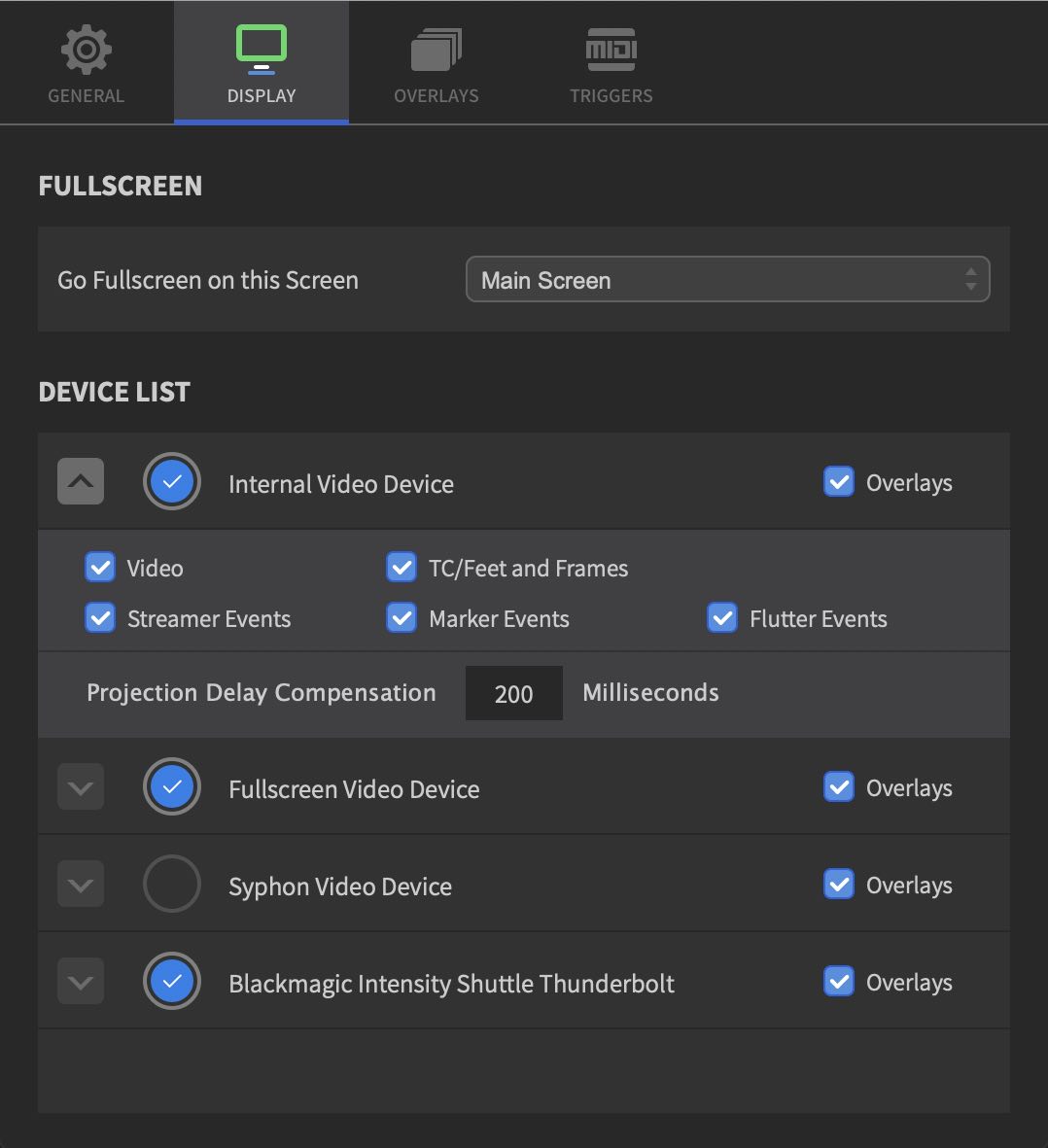 One important feature that sets Video Slave apart from other solutions on the market is its flexibility when it comes to video output devices.

With Video Slave, you can play out to multiple video output destinations at the same time and Video Slave will do its best to keep all video devices in proper sync with each other and the incoming timecode (if used). For each video device there are separate settings so you can decide what each video device should display in a very fine grained manner (details are explained in this article).

There are currently three different types of video devices available in Video Slave:

For each enabled video device, Video Slave renders video frames several times per second (depending on the settings and the type of device). Thus, it is crucial to only set the devices enabled that you really need. Each render pass uses precious computing time and using more devices than actually needed can cause hiccups during playback.

Video Slave and the Avid Video Engine in Pro Tools

Notes on using the fullscreen mode in Video Slave 4

With the release of Video Slave 4 we switched to using Apple's official fullscreen API. This however can cause that all of the attached screens (except for the one Video Slave uses for fullscreen) go black when the fullscreen mode is entered.