Founded by Florian (Flo) Loferer, Non-Lethal Applications is a software development company based in Southern Germany.

Flo first started programming during his computer science studies. As programming is only learned through practice, he was soon looking for a project to improve his skills. Due to his background and domain knowledge in the audio industry, an audio related project immediately came to mind. So he went on to an audio forum and asked if anyone had a project idea that he could work on. Several users replied, one of them with the idea for an affordable, professional and dependable video playback solution that could work with popular DAWs like Pro Tools, Nuendo, Cubase, Logic and Studio One that immediately caught Flo's attention as he knew from his own experience that not many solutions existed to meet these requirements.

This user with the idea was Charlie Clouser - former Nine Inch Nails keyboardist and world-renowned composer for film and TV. Charlie and Flo worked together on the concept of Video Sync and Charlie helped getting the product on track by sharing his workflow and explaining what his ideal solution would look like.

Fast forward to today and Video Sync is now in its fifth version and it has now become the goto software for composers, producers, engineers and live producers for rock solid synchronized video playback. The development of Video Sync also brought up a new solution for ADR recording and logging called ADR Master.

From humble beginnings Non-Lethal Applications have found fans in all sorts of places, with their software being used on top movies, TV, commericals, live theater, opera, pop concerts, and in houses of worship.

We make software to support the creative community and we're working hard every day to make our software the best it can be! 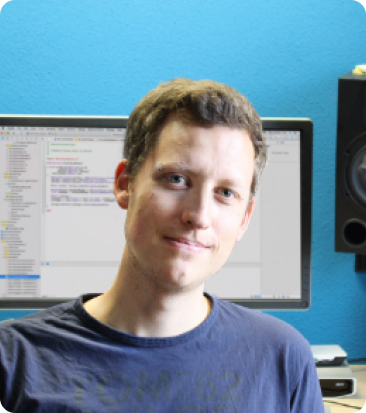 Flo is the founder and sole owner of Non-Lethal Applications.
After studying audio engineering at the SAE Institute in Munich, Flo worked in the music and post production industry for several years. During his time at one of Germany's largest movie post production facilities, his focus shifted more and more towards how things work under the hood so he decided to study computer science. During the course, he not only learned how to write efficient code but also about the importance of user interaction design to make really great software. He holds a Master's degree in computer science from the University of Applied Sciences Rosenheim.

Besides his passion for writing great code, Flo is an avid guitar player and vocalist. He joined the Heavy Metal band Scavanger in 2016. 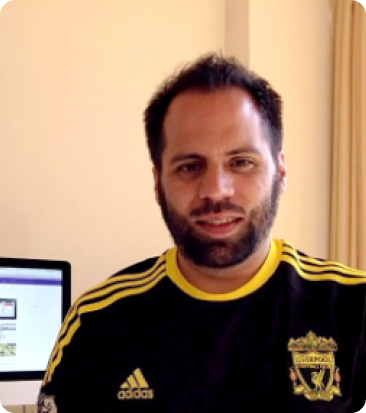 Leonardo is the pixel mechanic in Non-Lethal Applications' team. With 10 years of experience in several areas such as UX/UI design, web and layout design, he is our graphic designer of choice for everything from buttons and banners to website graphics. Leonardo's clean design style is inspired by Hartmut Esslinger's concepts which he is a follower of.

He also runs his own company LeCoss design from his hometown Cochabamba in Bolivia.