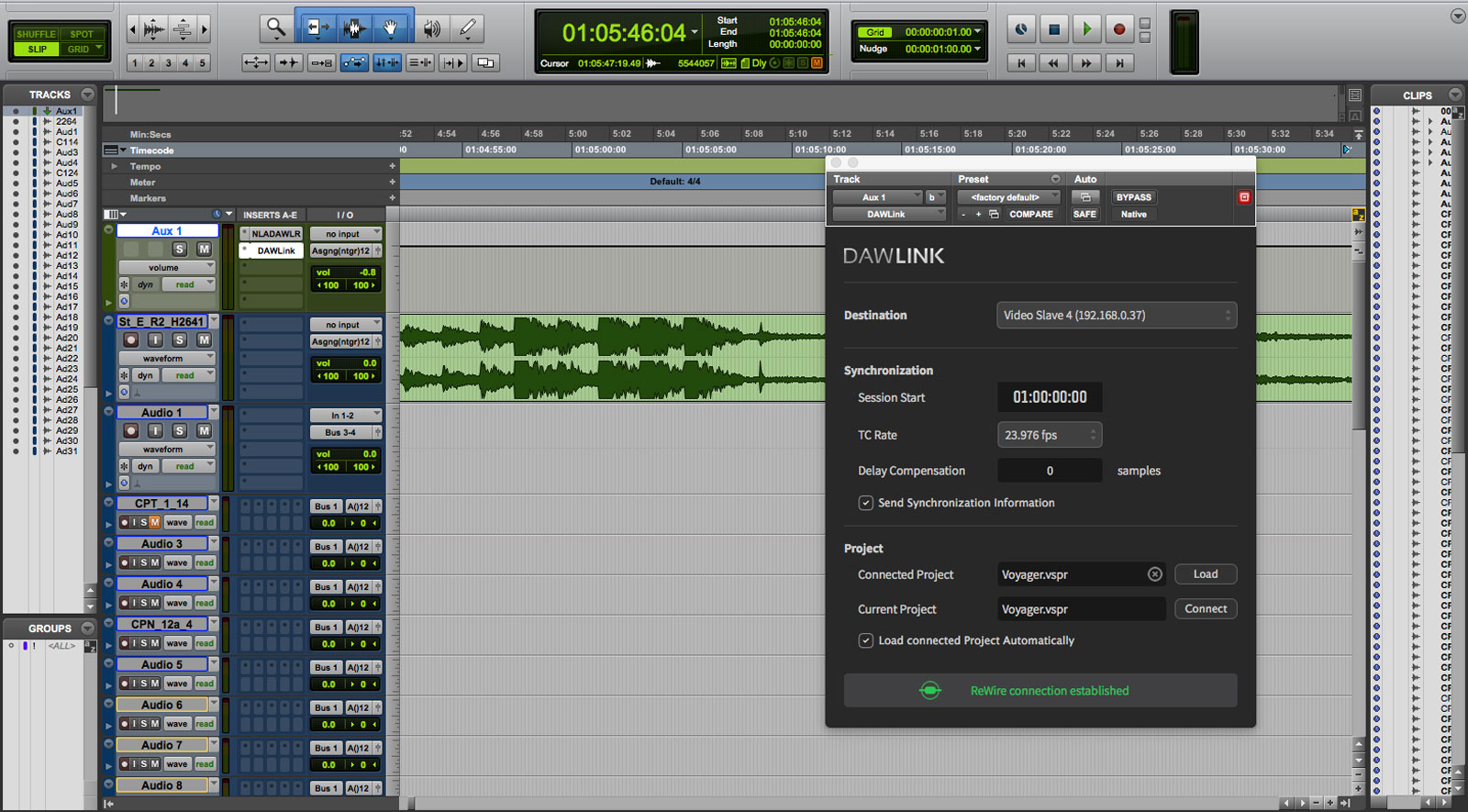 A few years ago, we released DAWLink as tool that could be used as an alternative to MTC/MMC setup in Audio MIDI Setup- to simplify the DAW sync setup process with different DAWs and Video Slave/ADR Master.

Now that ReWire has officially been discontinued by the manufacturer, and we now have a far simpler setup process using Avid Satellite Link for connecting Video Sync/ADR Master to Pro Tools - we have decided to discontinue DAWLink.

ProjectLink is a separate new plugin that can be used to connect your DAW sessions with your Video Sync/ADR Master projects. You can download it now from here.